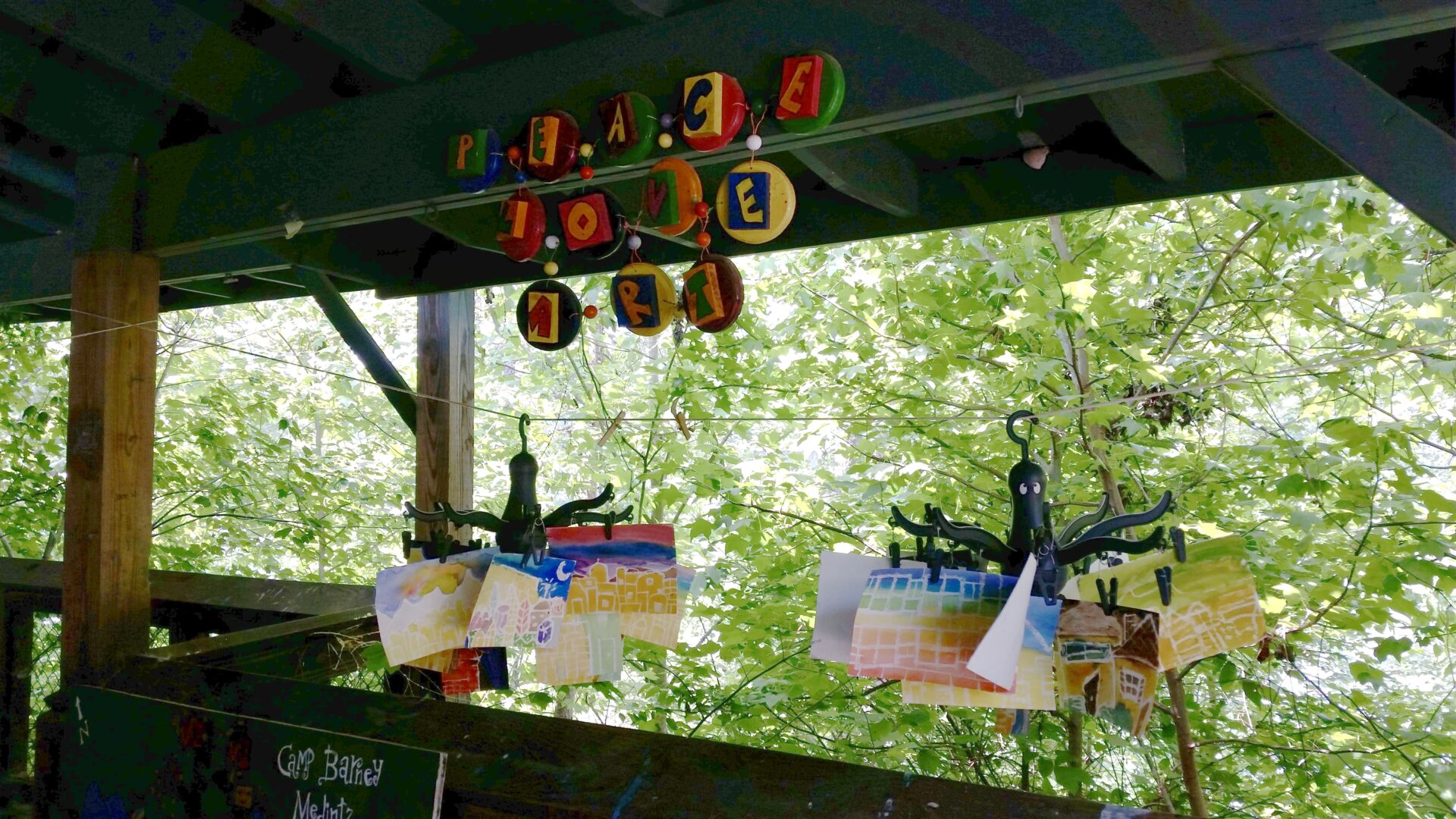 This summer I was a visiting artist at Camp Barney Medintz, where I spent many past summers as Director of the Arts and Crafts program.

My main project was called The Future Celebration Committee! where we created fun, thoughtful cards to send a little bit of “Our Summer Place” to camp families during the holidays. I worked with pre-teens for these classes and I have noticed in the past this is the age where they tend to say I can’t do it, I’m not artistic. To combat this mindset we used the wax resist technique. We used white oil pastel to draw on white paper while I gave guided drawing lessons. The drawings were only revealed after we painted over them with rainbow watercolors. Since the campers couldn’t really see what they were drawing, there was no room for doubt, criticism, and comparison. 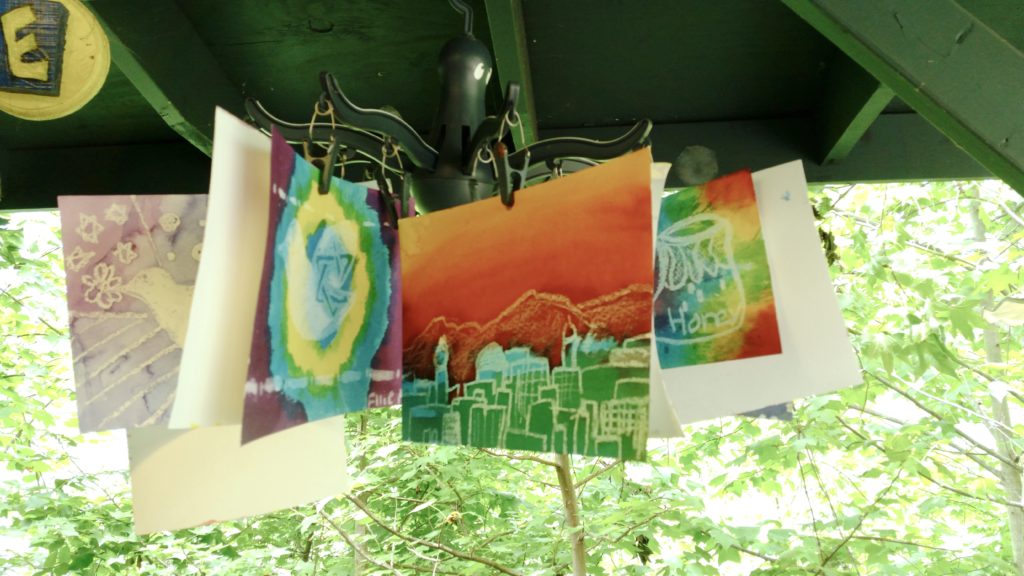 And the cards all turned out wonderfully! The bright colors with the white drawing mirror the tie dye shirts that are essentially the camp uniform.

We also completed some other projects, including creating this giant puzzle of Camp Barney Medintz’s beachfront. It’s for the younger campers to play with on the Dining Hall Deck while waiting to be called in for meals. 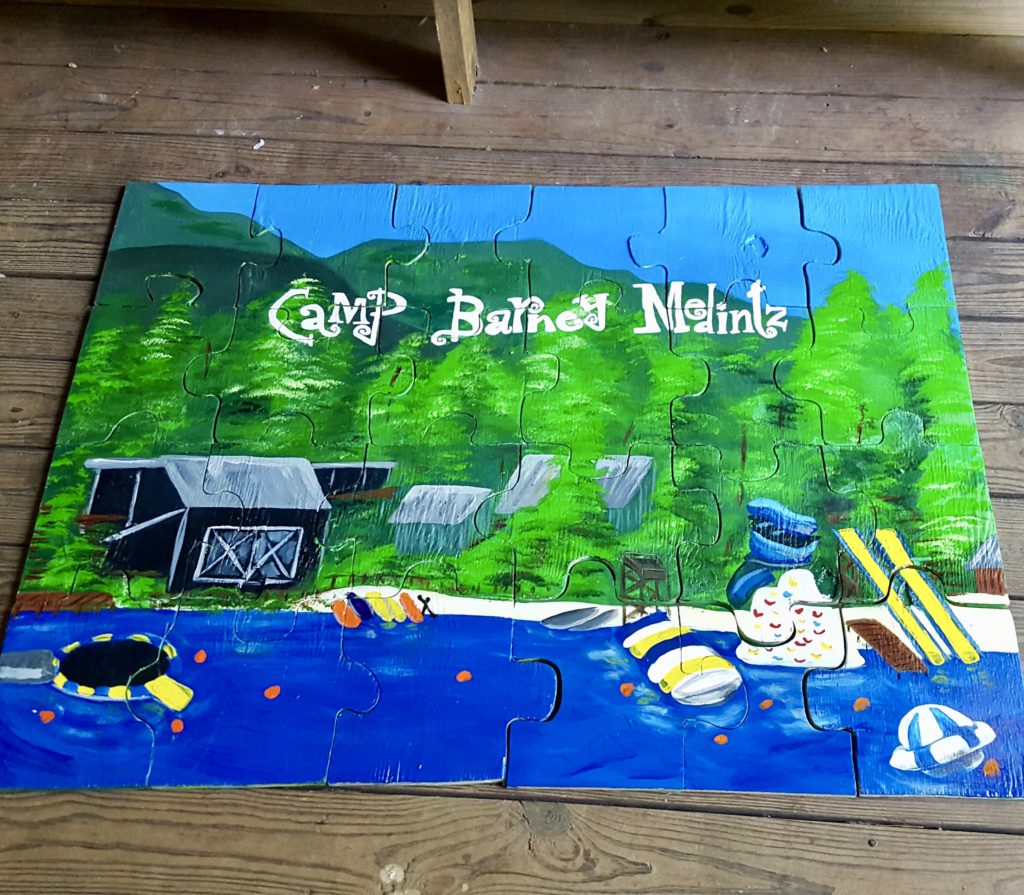 Angela FaustinaSunday, September 4th, 2022 at 2:44pm
The Loft
This Georgia PEACH was so much fun to paint! See the newest exhibition online at loftmarietta.com/current-show or in person at The Loft! ❤️

Angela FaustinaSaturday, May 14th, 2022 at 7:40am
Sarasota, Florida
TFW you deliver a commission or finish a big project! 🎨🍑🍊🍋🥝 This is me 13 years ago 😳 after hanging my thesis exhibition called 'Transience, Fragmentation, and Fruit'. I'm glad I stopped painting small bits of fruit floating around brightly colored canvases because you really CANNOT tell what the hell it is

Angela FaustinaThursday, April 28th, 2022 at 4:00pm
Atlanta, Georgia
🎨 Can you guess what fruit this is? My piece for @abvgallery's latest Drink & Doodle is up for auction:

🍑🍊🍋🥝 HINTS:
∘ It symbolizes abundance, fertility, unity, & truth.
∘ People have been hanging it's artwork to
welcome these blessings into the home for
centuries.
∘ It's one of the very first cultivated fruit trees -- probably in Egypt as early as 4000 BCE!
∘ I picked + painted a LOT that were growing wild during my artist residency in Italy.