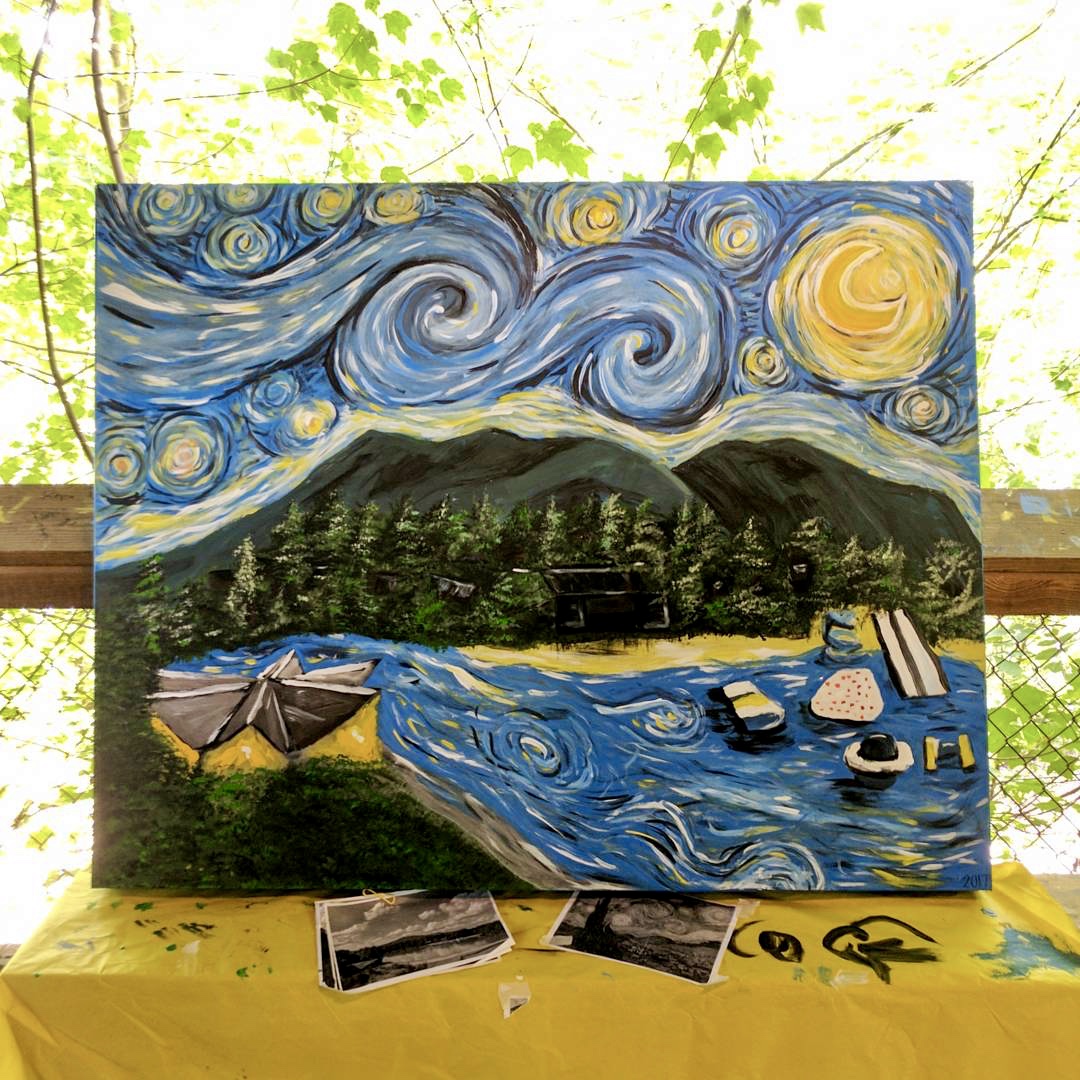 This summer I had the pleasure of being a Visiting Artist at Camp Barney Medintz for the second year in a row – and it was a blast!

The main lesson I taught was land art, or what became known at camp as The Barney Beautification Bureau, to 9 and 10 year-old campers. My goal for this class was to make younger campers comfortable in natural settings and also show them you can be creative literally anywhere with anything. 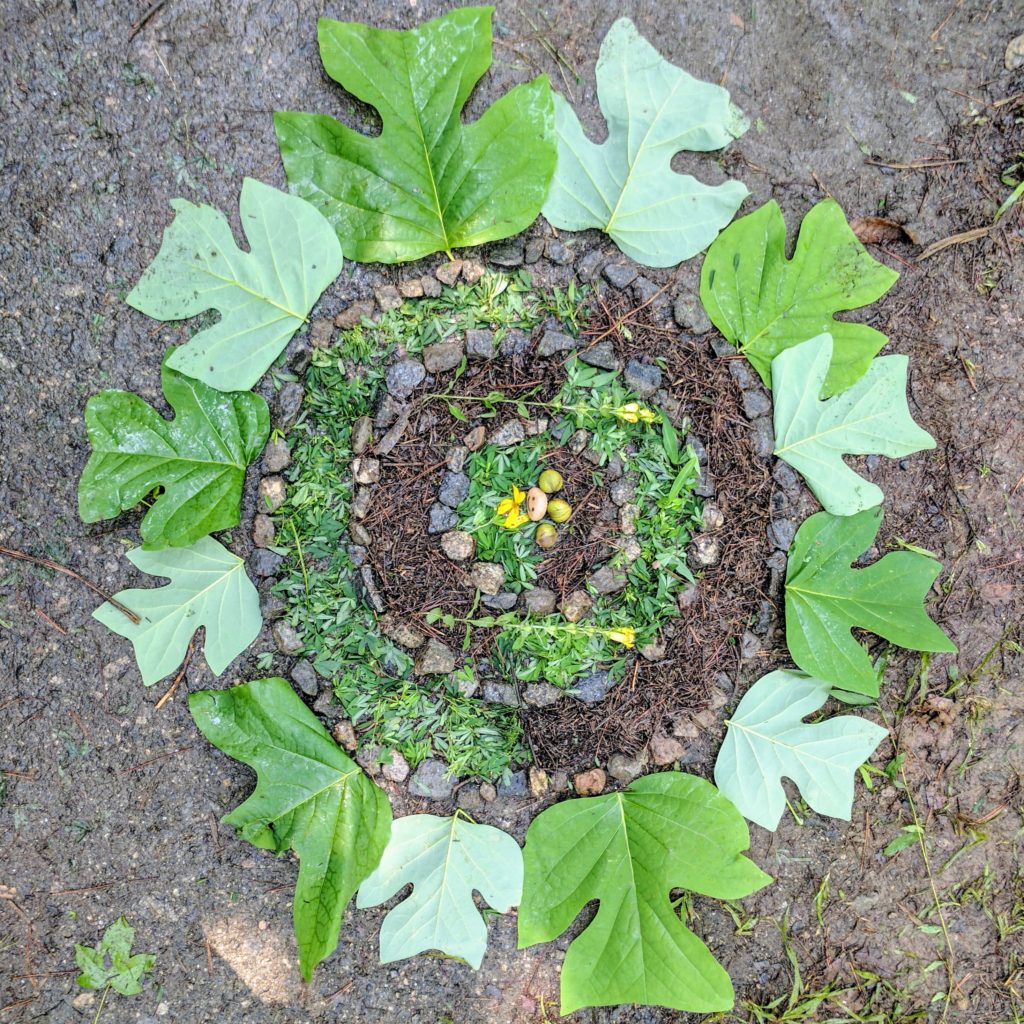 After explaining the concept of using organic, found elements to create art outdoors in nature, the cabin group and I would walk together through camp and pick up five pieces of nature that jumped out at us. We then would sit in a shaded area and see what we could make with those five elements. Some campers went abstract, others created a literal reinterpretation of something in their life, like their cabin, and others were more design-focused. As a group we decided how to evolve these artworks – would we continue working separately or join together in pairs, small groups, or the whole cabin group to create collaborative art? We also talked about the location of our artwork and how that could influence the viewer’s interpretation. 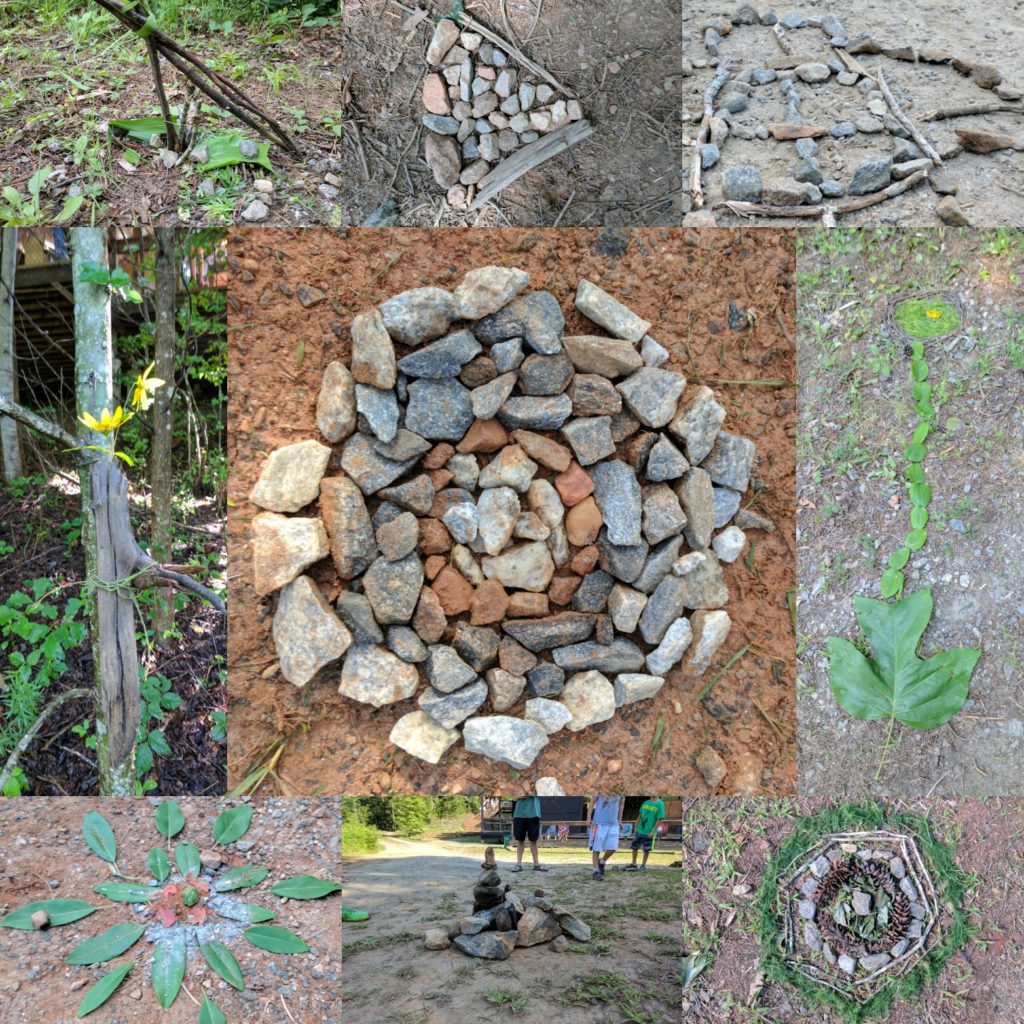 The results were better than I could have hoped! The artwork ranged from sculptures of recognizable things like birds nests and flowers to elaborate decorative patterns to rock stacking and everything in between. All the cabins decided on some sort of collaboration. 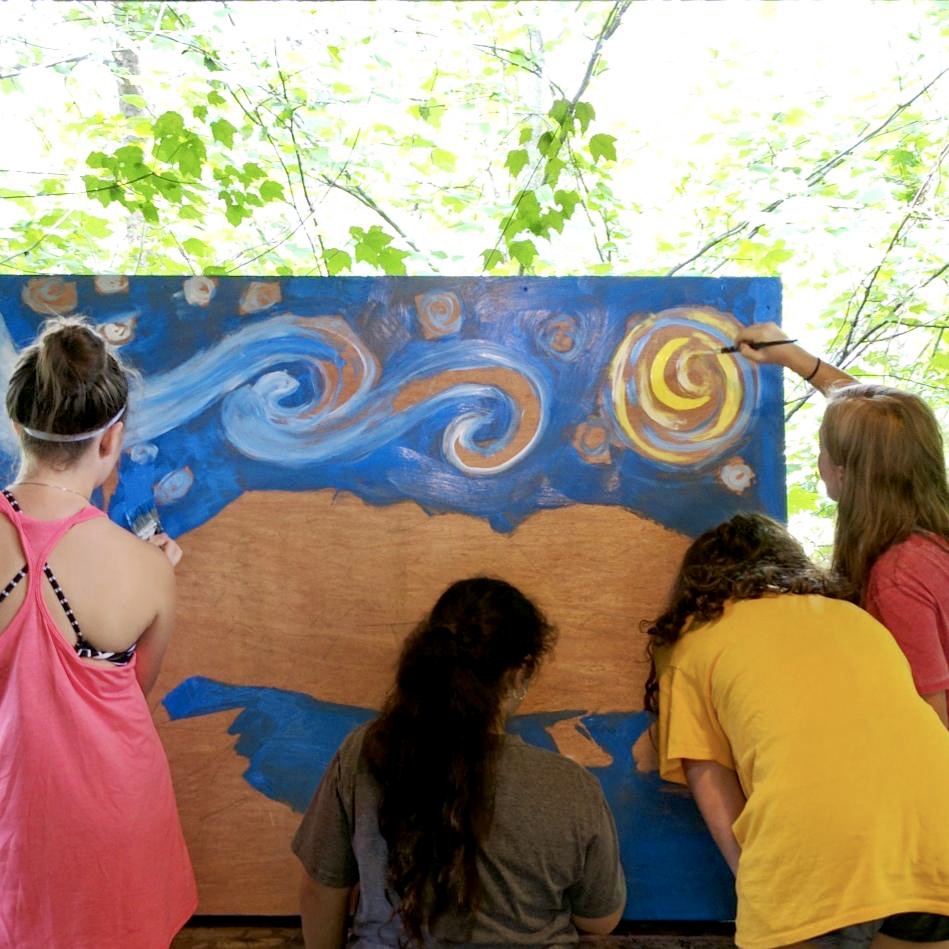 I also taught an elective art activity called Van Gogh Visits Camp! to a number of teenage campers. For this series of classes we discussed Vincent Van Gogh’s artistic style. I encouraged it to be their guiding influence while creating three 8″ by 10″ acrylic paintings about Camp Barney. We then worked together to create a wonderful 5′ by 4′ painting called Starry Night over Camp Barney. The camp released their holiday card later in the year and I was thrilled to see our large collaborative painting was used as the cover art! 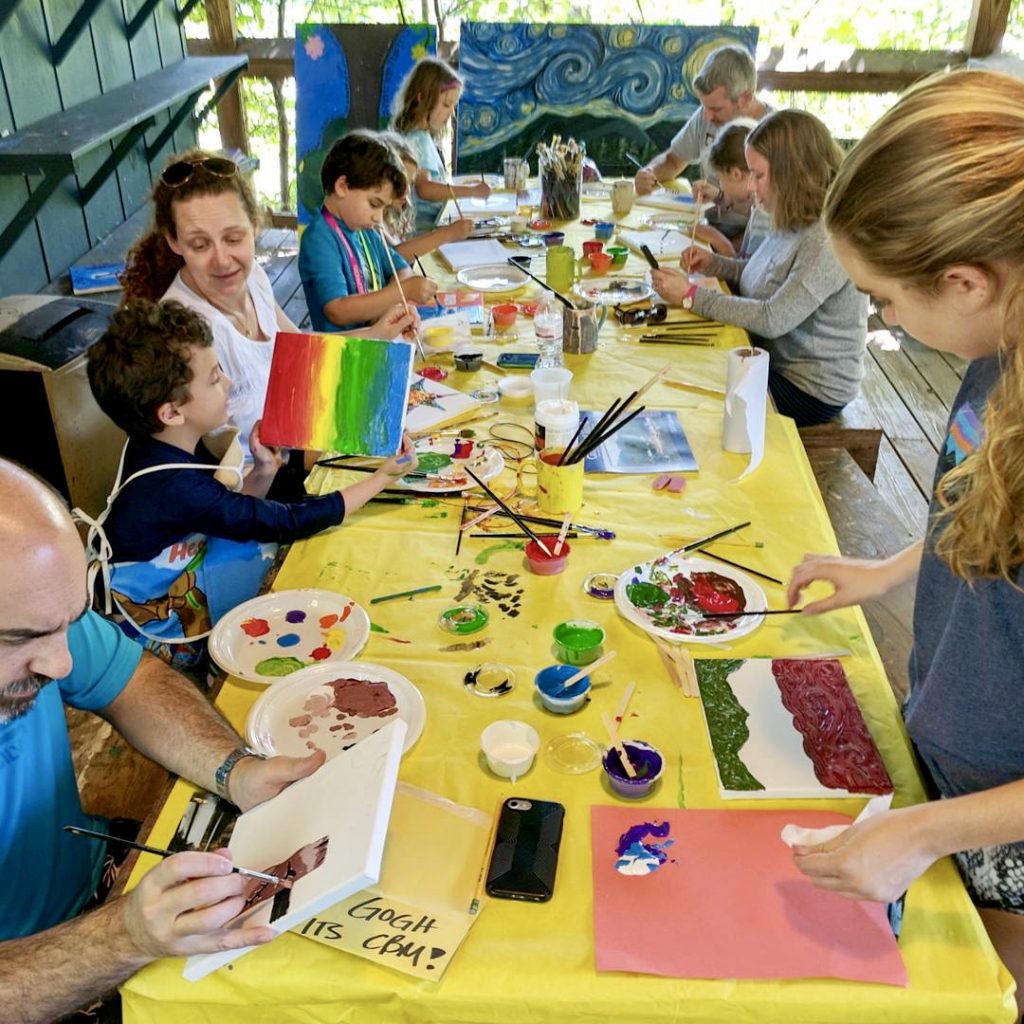 Camp Barney also opens for events on some summer and fall weekends after the regular camp sessions have finished. I taught a wide variety of activities during them, ranging from tie dye and macrame bracelets to sculpey clay sculptures and glass fusing. My favorite was my painting class during Family Camp. We were able to really let loose and get creative! Some of the parents tapped into forgotten talents that blew their families away. I hope they continued pursuing it!

Angela FaustinaSaturday, May 14th, 2022 at 7:40am
Sarasota, Florida
TFW you deliver a commission or finish a big project! 🎨🍑🍊🍋🥝 This is me 13 years ago 😳 after hanging my thesis exhibition called 'Transience, Fragmentation, and Fruit'. I'm glad I stopped painting small bits of fruit floating around brightly colored canvases because you really CANNOT tell what the hell it is

Angela FaustinaFriday, May 13th, 2022 at 5:13pm
Not sure why it stopped posting here...🤔
https://www.instagram.com/tv/CdgYNGcAkqk/?utm_source=ig_web_copy_link
View on Facebook

Angela FaustinaThursday, April 28th, 2022 at 4:00pm
Atlanta, Georgia
🎨 Can you guess what fruit this is? My piece for @abvgallery's latest Drink & Doodle is up for auction:

🍑🍊🍋🥝 HINTS:
∘ It symbolizes abundance, fertility, unity, & truth.
∘ People have been hanging it's artwork to
welcome these blessings into the home for
centuries.
∘ It's one of the very first cultivated fruit trees -- probably in Egypt as early as 4000 BCE!
∘ I picked + painted a LOT that were growing wild during my artist residency in Italy.